Home - Getting back to California My friend told me that it's not a "vacation" if you are just going home for the weekend. I guess that makes sense. Things change all the time, but the beach seems to be the same. I can see how this place can be a get-away - a place to relax and see new things. That's a vacation. California is where I rather go to "get-back." Among all the constants there, such as the beach, In 'n Out, Mexican food, KFI's "John and Ken Show," family and old friends, there's always something new to this Golden State expatriate. Vacation or no vacation, I'm glad I took the weekend off. 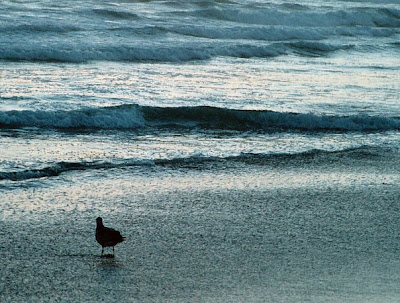 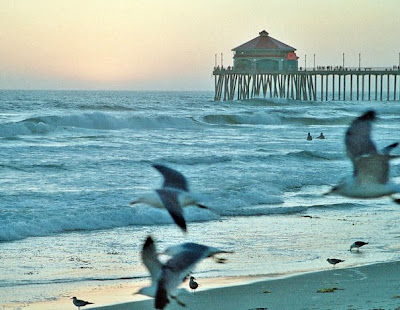 Email ThisBlogThis!Share to TwitterShare to FacebookShare to Pinterest
Labels: California, golden state, In 'n Out, John and Ken, KFI

Magnificent - An Evening at the Symphony

In a strange stroke of luck, I was called in to work yesterday morning, vanquishing any desires I had for spending all day in the library studying. Interestingly, I keep getting the nights off when there is music to be had. Last week it was Bon Jovi. But yesterday, I seized the unique opportunity to head up to Bethesda to listen to the work of Beethoven and his Fifth Symphony. It was quite the contrast with other nights out - this crowd was not too rowdy. There were no cell phone video recordings flickering about the arena (as lighters used to), no $10 Bud Lights in plastic cups... no piercings. I believe a good many in attendance may have known Beethoven personally. So, this is where the senior citizens go to party. Well, the lady to my right was probably about eighty years old, and I engaged her in conversation at the intermission. Among other things, she commented on how unique it was to have the composer, (of the second piece) Christopher Rouse, present while his creation had just been played. Of course, I tried to insert comic relief: "Oh, well the last time I was here, it was for Mozart... and he didn't come." "He didn't come... yeah, I heard that one coming," she told me. And they wonder why I don't go talk to them when other guys are hitting on them. I got shut down making small talk to a grandmother. Well, at least I didn't have to buy her a drink. After that, we made some nice conversation, but I steered clear of humor. Anyway, what a magnificent performance - perhaps some of the best music ever made or that will ever be made. And, since I am much faster without a cane or a wheelchair, I beat them all to the Metro. To be fair, though, I don't think they were racing.