Redskins Can Keep Their Name 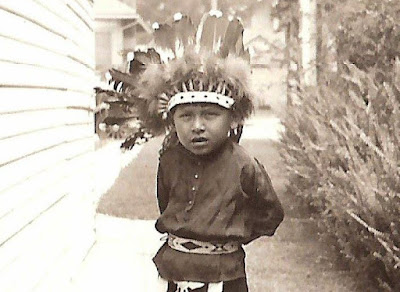 Years ago, I asked my dad - a full-blooded American Indian - what he thought about the Washington Redskins team name and if it should be changed. The look on his face was resolute and his response was quick. With almost a chuckle, he said, "I hope they don't change the name." Just as with many queries, Dad had no interest in being convinced. The younger mind might easily write off such a dismissal as short-sighted or obtuse. The only problem was my dad wasn't either of those things.
When I moved to DC in 2000, I decided I would try to settle in and root for the local teams. Football season made it hard, but I cheered for the Redskins, hoping they would do well. However, my first impression was not a good one. They would find ways to lose every week, and it seemed that they fired a kicker every game - that was personal, as I used to be a kicker. I think after Week 5, I swore them off, but at that point hadn't thought much about the team name.
Where I grew up, my friends were White, Hispanic, Black, and Asian. I'm a special blend. The only Native Americans I knew were in my family. My friends and I grew up with a healthy sense of humor about our differences, and perhaps I was lucky not to have been born a certain color or in a place that made me a target because of how I looked. No one ever called me a "redskin." I had heard the term more historically, but never as a contemporary insult. On the contrary, people have always regarded my heritage from my dad's side with a certain reverence - even undue sometimes it felt.
Growing in my country and traveling quite a bit, I have gained some different perspectives. The United States is full of strangeness and inconsistencies. I remember the first time I heard a mayor refer to his city as a "chocolate city." Is that okay? It must be, since no one seemed to care. Some time later, Chris Rock did a standup routine that featured how peculiar it was that the Redskins team name exists, but would not be tolerable to name a team after any other racial group, especially with a pejorative. That resonated with me. I often posed the question to friends: "Why don't they change the name to Blackskins? Oh, would that be racist?" The team name never kept me up at night, but I always resented the double standard that I perceived. What's more, my thoughts on the subject - as a tribal member - didn't seem to change anybody's minds. So, I just decided not to watch the team, or if unavoidable to root against them.
There have been different opinions on the "Redskins" team name over the years, but what has seemed to be clear - owner Dan Snyder, Washingtonians, and 'Skins fans do not care what I think. As far as I know, before a few days ago, other than as a casual liberal stance, nobody really cared about the team name. Sure, some television announcers would find creative ways of referring to the DC football team without saying it, and you'd hear musings by miscellaneous White people from time to time. But FedEx didn't care. Pepsi didn't care. Nike didn't care... All of a sudden, people and corporations seem to care about changing the name - or to force a change rather - enough so that it seems inevitable that a new name is afoot.

DC, Snyder, you can keep your name, as far as I'm concerned. I don't care anymore. I won't buy your product, but I don't care about your team name. It's clear you are only considering a change because you may no longer have the option. People think they are doing some heroic thing by strong-arming a business that has no interest in changing their own image. As far as I'm concerned, the Redskins name is just the newest statue to bring down by force for points while everyone is watching.
Perhaps in Dad's wisdom, worrying about someone else's team or business name is a frivolous endeavor. Concluding that this far into my blog entry is actually somewhat annoying, but here we are. Perhaps Dad's pride in himself and the things he could control was what led him to chuckle at my question. Or maybe he liked the name. In any case, do what you like; it has no effect on my life.
Posted by Mark at 11:13 AM 1 comment: