Remembering Dad on his 83rd Birthday

The following was my eulogy for Dad, nearly one year ago. I hesitated to post it, because it focuses on me and my brothers, but in the end, I think it is a good way to memorialize him:

Last time I did this, I balled like a little girl, so I had the foresight to have a relief pitcher [Jason Doty] in the bullpen, so if someone finishes for me, things are still going according to plan.

I'd venture to say not many knew my dad well; he was not incredibly social and enjoyed a certain amount of privacy. Many in attendance here today may actually know one of his sons much better. So, in preparing my remarks for today, I remembered something a good friend of mine, Lou, told me back in DC - "Mark, you have to have kids, because they are the key to your immortality." So, I told him, "fine, find me a wife." But, upon further review, I think the best way to memorialize my dad may be in the lives of his sons. If you have truly made your mark on people - on who they are - you have bestowed a unique and magnificent gift to the world. I have believed for some time now that the definition of a man is he who lives his life for someone else… as a father, a husband, in the military… etc. Therefore, it is appropriate to remember Gary Porter specifically for what he gave his sons.


Let's start with me (Mark): One of Dad's great joys was feeding us and our friends; I have been feeding people for half of my life in 17 different restaurants, on international trips, and in my own home. Dad coached baseball and soccer for decades; I have continued that tradition in soccer and football. Dad taught that persistence pays, and you should always delight in others; these lessons are key to who I am.

Throughout Dad's treatment for cancer, his optimism seldom wavered; anyone who knows Brian would agree his optimism borders on recklessness. I think his motto in the tank in Iraq was, "What could possibly go wrong?" Brian is a dedicated father who used to fly Alicia out to San Bernardino from Arizona for weekends not just to uphold his duty, but because he wanted to be an active participant in his daughter's life; Dad was the same way. Brian stands up for what he believes, sometimes a bit too vigorously, as in the case of the "Celebrities Incident" with the bouncer; Dad took his employer to court - and won - to put his foot down for racial equality. Brian has lived a life of service as a builder of things - houses, office buildings… a casket - as well as in the US Marine Corps. Dad was a big believer in service as well.

Both Tom and Dad are known for their assertive natures. Neither can be said to have been shy about what they believed to be true. Tom and Dad have been historians, often reaching to the past to inform the present. Perhaps most important, Tom, in the past eight years has transformed into a father who celebrates his girls and strives to give them every opportunity this world allows (except riding public transportation). Dad, I'm sure, was quite proud.

Interestingly, all of Gary Porter's boys are conservative, hard-working, strong-willed, and have a certain philosophy of "what is understood doesn't need to be discussed."

So, when you see these things in the Porter Boys, know that Gary Porter did live for others, and he made his mark on the world through us. If we in turn live well and pass these things on to others, our dad will truly live forever. 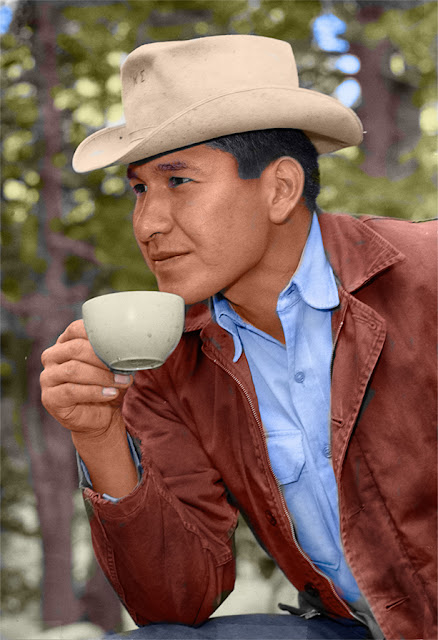 Many Hands in Kathmandu - Volunteer Life in Nepal

I didn't take a lot of photos in Kathmandu, but here are a few with my All Hands team. 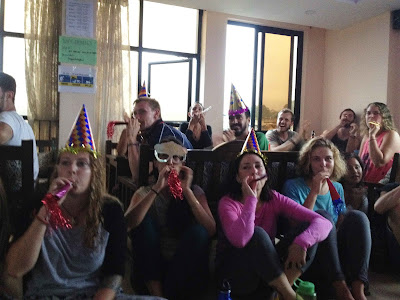 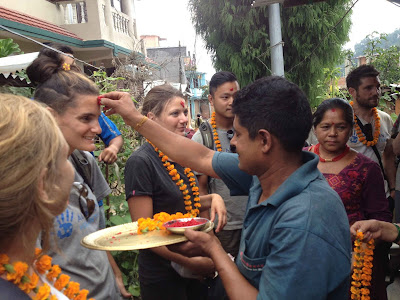 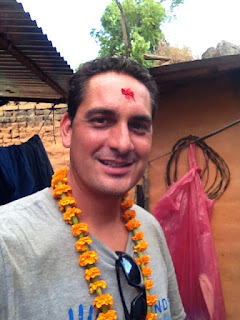