Duterte welcomes the return of the bells from the United States

After over a century away, the bells of Balangiga were returned by the United States to the Philippines. In a handover ceremony on December 15, 2018 President Rodrigo Duterte accepted them, and the bell was rung on the island of Samar for the first time since 1901.

Kuya Culture in the Philippines


In modern-day Philippines, a westerner-traveler could be forgiven at first glance of its bustling cities, English-speaking natives, and tourist-friendly resorts to conclude certain things about this vast archipelago nation. You might find it familiar. In fact, many of my observations of the cultures of the world start by noticing the differences, but taking some comforts in the similarities. On a short trip, you might even believe you have the country figured out. After all, we all belong to the human race. Why should we be so different?

I mentioned "short trip," because its easier to be somewhere for a short time; you see the top recommended sights, try the local flavors, maybe even catch a local festival of some sort. Done! Subtract that from the bucket list. I've now "been there." It actually is comforting to think we aren't all so different, and you'd be right for the most part; we're not. Our individual capabilities, our dreams, our passions - they are not so different. However, the way we do things - informed by history, religion, physical environment, economic capability, and tradition - indeed can be unique to place or nationality.

If you have spent any time in the Philippines, you know there are labels of respect that are frequently utilized. Beyond the ubiquitous "ma'am" and "sir," there are two other titles: "ate" (older sister) and "kuya" (older brother), among others. Yes, ate and kuya are terms of respect rigorously used within the the family structure, but they are also used commonly in direct reference to familiar people older than oneself (although different than a parent or grandparent) throughout the culture. On the surface, this doesn't seem to be of significant consequence, but in my many months spent in the Philippines, not only have I been "Kuya Mark" to many, but I see kuya so extensively used that it suggests Filipinos have an inherent brotherhood among themselves... as well as with foreigners who choose to accept and integrate into the culture! Your jeepney driver can be kuya. Your neighbor from whom you try to buy beer at his house in the middle of the night can be kuya. A stranger on the street in another town from whom you ask directions can be kuya. When you lend a hand to make a situation work, I believe you are being a kuya.


When I am here, I feel and see a people linked together not by skin color, ideology, or class. What I see here is not a culture that seeks an offense as the best defense, but a creed-based society. I think it is more than pure etiquette that strangers easily interact with strangers, foreigners are made to feel welcome, empathy reigns over sarcasm, and there is a brotherly bond that ties people together in a way that (though not without confrontation or moral failure) seems to make society work. Yes, every culture has its standards and rules, but I think one based so universally to the concept of respect is one that might provide some model for other nations, and indeed the world. 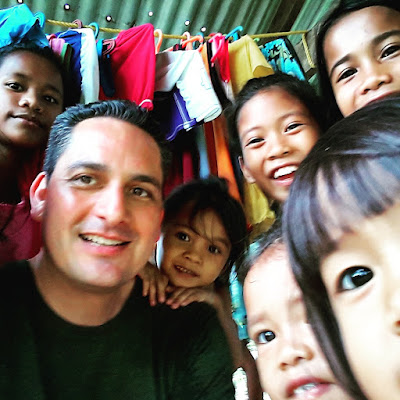