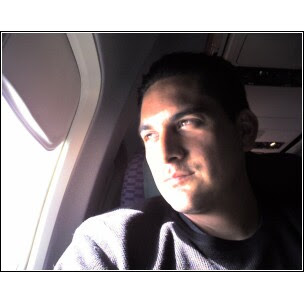 Happy New Year!
It's always a unique situation to be working in a restaurant on New Year's Eve. Most people I know call it "amateur night" and would rather stay away from restaurants on this night. However, many others do enjoy letting loose and staying up late on the last day of the year. Some even spend a lot of money for a memorable night. But there is one lesson all of you "amateurs" should keep in mind when you are trying to impress your date(s) and/or friends with the best meal you can find... CANCEL YOUR RESERVATION IF YOU ARE NOT GOING TO SHOW UP!! You think, "well, they'll be fine... the restaurant will have plenty of people who want our table (or four tables, in this case), so I can't be bothered to call and cancel." Well, I was the schmuck on this special night who had... survey says!!!... two tables of two while waiting for my nine-top (table for 9) to show up. Not that I had other plans... actually, yeah I did - not to be working for nothing because some people don't have any manners. So I transferred my tables to my friend Martin, changed out of that costume, and grabbed some bubbly by 11:15. I would say the night got better, but it didn't actually until after I performed first aid on an over-served busser who was too drunk to know he was actually bleeding fairly profusely from his finger.

Well, it's a new year, and the consensus is that it has to be better than 2007. I'll go along with that (I've already perfected my zabaglione)... just as long as things go my way the first week in November. Conventional wisdom is that there is a lot of time between then and now, so I intend on working on some things in the meantime. First: my last class toward my Certificate in International Studies at SAIS begins this month. Should be fun.
Posted by Mark at 2:39 PM