I have from time to time cautioned friends that "even I don't like traveling with me" as part of the explanation for why I always travel solo. I wander, I get lost, I miss connections, and I make it up as I go along. It happens. You do find some of the cool stuff that way, and you get plenty of time to think. To me, that is a big part of travel - to find those hidden gems and find out why they are there... and why you are there.

I began a journey last August. Ostensibly, the mission was to circle the globe. It included ten countries and three continents. As necessary, many arrangements were made ahead of time, and more a city in advance, but a lot was left up to chance; one could also see that as putting one's faith in God to guide the way and get to where one needs to be. I was fortunate to have company along the way, whether an old friend, colleagues, a brother of a friend, or a wifi pass code away, so I was not alone for much of the journey. Some helped show the way, while others provided some sense of a reason to return. However, when you are out there, you see how big the world is (especially Russia!), and the eager mind will seek to know how all of the pieces fit in this vast puzzle. How will the future deem this trip necessary and of substantial value? These things do come together, as I have seen, but sometimes they just take a while.

About halfway into my trip, I hit that wall that I have found inevitably comes with solo trips of some great length. You realize you would rather be somewhere else, and you start to worry about things like money and safety... basically you question the premise of the journey. This trip it was in Prague. The theme that came to mind while spending the majority of one day taking photographs along the river was that of unintended consequences. I wasn't sure what that meant, but it was clear that things happen in succession, and sometimes the dominoes begin to fall out of what was once thought to be your control. That's life, though, I suppose; you approach things with the best intentions and you do what you can to manage the outcome. Some of the most beautiful things come along the way that you could not have foreseen - like a sunrise you saw only because you slept in a car, a meal that happened because you took a ride from a stranger (I don't recommend that), or a friendship that developed from delivering a photograph to the right rooftop. These things are part of the beauty of life; they are the hidden treasures. They simply cannot be planned, intended or not. 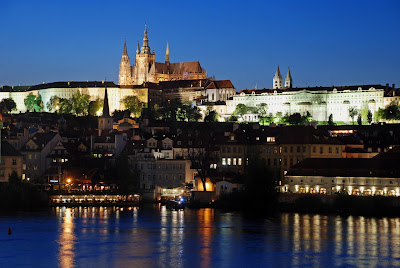 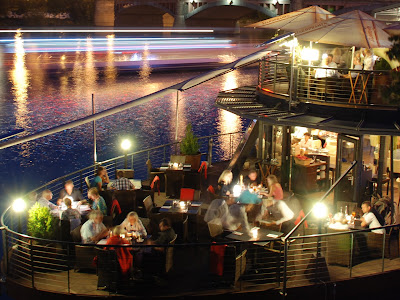 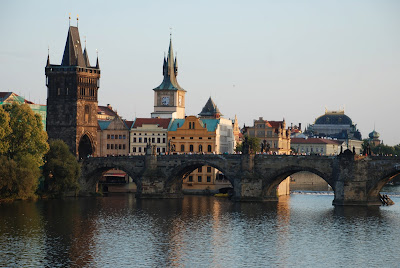 Email ThisBlogThis!Share to TwitterShare to FacebookShare to Pinterest
Labels: Prague