What I planned to say... - Goodbye Message from Project Leyte, Philippines

It was a long day. Indeed, it was a long stay in Tacloban and the Philippines - longer than anywhere I had stayed outside of the United States. It was the end of the meeting where departing volunteers share some sort of farewell with the crew. I had some wisdom planned to impart, but all I could muster was a thank you. Short and to the point? Yes, but here is what I wanted to say, more or less, to my friends of All Hands Volunteers - Project Leyte:


My first day here, I arrived and was put on the Gladiator team for work. As I rode off with the volunteers in the jeepney the next morning, I assumed I got the work nobody else wanted since I was the new guy - probably the hardest. It wasn't my first rodeo. It turns out I was right. Carl, Andre, and Bill seemed to be long term Gladiators who fed off of each other's competitive vibes, carrying heavier and heavier loads of sacks of gravel and sand, cement bags, and multiple pieces of lumber. Meanwhile, I was sweating profusely and probably suffering heat exhaustion. I had to stop and sit out for a bit - find the shade for a while to cool off. At the end of the day, I calculated at five weeks, six days a week, I was 1/30 of the way finished with my obligation - 29 more days of this. Maybe I should have gone on a food tour of Italy instead. Ha. The next morning was Bill's last day. One of the other volunteers, Izzy, decided to raise money for the project, she would cart Bill to work about five kilometers in a wheel barrel... and back at the end of the day! That night, I signed up to do dishes and consequently got first pick of next day's work. I said, "Gladiators."

Two and a half months later, people still ask me why in the world I chose to do it for almost my whole time on project. Most people get out their first chance and don't look back. Few of us stayed on as Gladiators to do the heavy lifting as suppliers for the rest of the teams. I suppose everyone comes to volunteer for their own reasons. Some want to bulk up their resumes with experience in line with their architecture or international development degrees. Others, perhaps, had just finished undergrad or high school and thought this would be a great experience to go and do good, maybe even meet some other cool young people, drink some beers, and just have a great time. Still others, no doubt, are world travelers trying to stay out away from home for as long as possible, and this serves well to accomplish that goal. I can relate to all of those motives, but there is something else.

Time and time again, the people of typhoon-ravaged Philippines have been referred to as "victims" and that we were here to help them. They are not victims; the victims are in Heaven. The victims needed the first responders and doctors. The people of Tacloban and surrounding areas don't need help being victims. When you show up to work everyday, do you see people who cannot function without us? No. You see smiles and waves; business goes on and kids are going to school; people have food - even enough to share with us. No one is starving or asking for money. I see survivors. I see people, undeterred by destruction and misfortune, living their lives content with what they have and moving forward. We are not here to save them; we are here to offer a service.

I worked for twenty years in restaurants and hotels. My job title for much of this time was "Server," so you'd think I'd have mastered the idea. However, learning about service - true service to others - is often elusive even to those in the business. The first key to service is that IT'S NOT ABOUT YOU. Even in the service industry, this is easily forgotten, and we quickly revert to thinking about ourselves. The second key to service is that we are doing something exactly because it is NECESSARY AND GOOD. We are here to fulfill a need and because it is the right thing to do. Furthermore, we do no harm. Lastly, we recognize the need for SACRIFICE. True service to others is not using a hashtag for the cause of the moment or making a video of yourself pouring ice water on your head. Service requires something difficult from yourself. Service is hard.

Instinctively, we all know this to be true, and we all have proven to be service-minded or we wouldn't be here. However, like I said, even working in the business we need to have that focus, because it is very easy to stray. So, why do I choose to be a Gladiator? Well, because it needs to be done. It's hard, and that's fine.

I will leave you with a quote from one of our favorite American actors - Tom Hanks, in A League of Their Own, responding to his player's reason for quitting is that "it just got too hard."

"It's supposed to be hard. If it wasn't hard, everyone would do it. The hard is what makes it great."

Thank you all for your service. 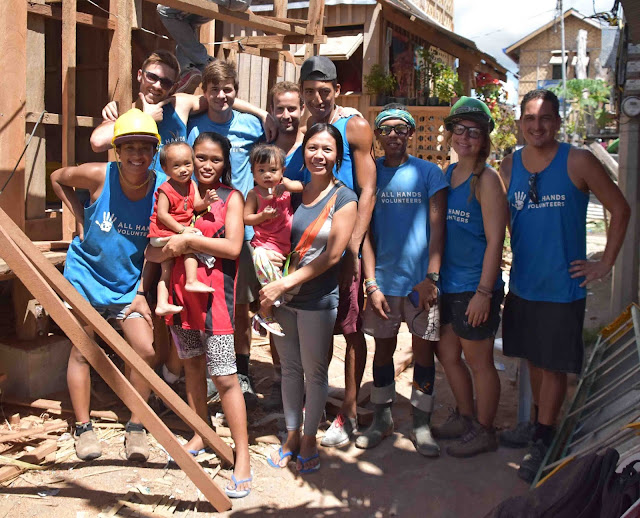