Malawi - Digging In and Meeting Africa 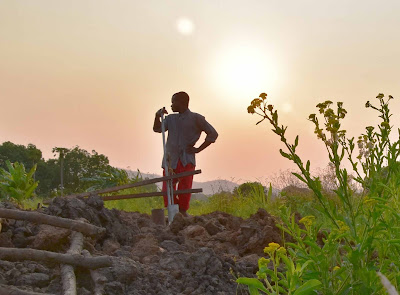 If you asked me where Malawi was one year ago, I would have gotten the Africa part right, but that's about it. Can I really be blamed? There are 54 African nations, or so I'm told, and many of us in the US really only hear about the ones with ebola or where there are very bad things happening. As usual, when traveling internationally and spending time with other young English-speaking travelers, they take their shots at us - for example: "Why did God create wars? So that Americans could learn geography."

Well, Malawi has neither an epidemic disease, nor is it involved in civil, or any other type of, war. There is no refugee crisis, no genocide, no pirates, and no "spontaneous demonstrations" leading to diplomatic assassinations of Americans. Malawi is just one of those countries that exists without international fanfare or notoriety... and there are a great many people who are just really nice. Even today, in Blantyre, shooting the last of my footage for the project here as the sun began to set, curious people just walked by and said hello. I am a bit jaded and always think that they want something (and sometimes they do), but a lot of people here just want to... I don't know... recognize another human and give them a greeting. Strange, I know - kind of like the Carolinas of Africa.

What Malawi did have was a very big flood - big enough to permanently displace a lot of people up into the hills and make life even harder for some people who have to figure out a way to survive on producing a variety of crops you could probably count on your two hands. I was fortunate to be able to spend several evenings chatting with our neighbor while on project with All Hands Volunteers down in Muona, near the Mozambique border. Patrick was his name, and it seemed he was just as curious about me and my life as I was about him and his. He inquired as to what crops we grow (umm, everything) and I asked him about their food; when I questioned him about the availability of beef, he explained that cows provide too little meat to justify eliminating their relative value as a dairy source. In rural Malawi, you can't help but be cognizant of your food sources. There is no supermarket. If you want meat, you help a chicken or a goat meet its maker. So, the people's ability to continue to grow maize, tomatoes, mangoes, sweet potatoes, onions, bananas, green beans, and a few other crops is, in a word, crucial. We, as an organization (All Hands Volunteers), decided to come in and help them dig wells, and give these people the tools to not only survive, but hopefully thrive.