Happy Forth - Thoughts of America from Abroad 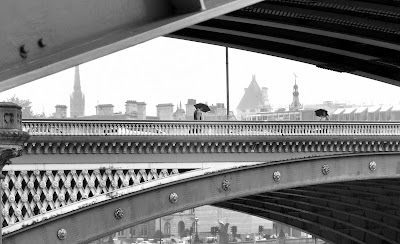 One thing that intrigues me while I travel is how my country is perceived by people from around the world. To guess, based solely on what I hear people say at home or on the internet, I'd say everyone hates us. Never mind that lots and lots of people still visit or go through arduous processes to get to and live in America. Conventional wisdom seems to be that we are a violent, selfish, racist, arrogant, bully nation that is in need of some sort of enlightenment to regain the form of our youth.

Now, while I don't go around announcing my nationality or asking people on the street what they think of the United States, I do tend to meet people who ask me where I'm from, and sometimes we have a conversation. Pleasantly surprising, most meet my answer with a smile, and many times with some personal anecdote of their fondness for my country. Perhaps some are just being polite, but I get the feeling that many genuinely have a positive outlook on - even if not the government, then at least - our people. Even as recently as today, I still see people wearing American themed clothing - shirts, hats, and such. Yankees hats and Lakers jerseys are quite common on several continents, but even sporting gear aside, America still seems to be in fashion.

I can't tell you how distressing it is to have read the news for over a year now traveling, and there has just been divisive and upsetting story after story. Add in this nightmare of an election we are having, and many days, I just don't want to go back. People have asked me about guns, terrorism, sports, Indian tribes, the different states... but mostly Trump. Surprisingly, in Ireland, some folks weren't nearly as put off by him as many, however most seem to be of the opinion that he is either a joke or worse - a threat to world civilization.

However, what you see traveling the world is that every country has its conflicts and problems. Just this trip, I have seen: Nepal gain a new constitution that many would argue does not enough to address the inequality of women and minorities, the Philippines elect a new president who seems to have little regard for due process and a disdain for the media, and Great Britain decide to leave Europe. Since I began my trip, there has been an average of about 3 incidents of terrorism per day (7/day last month) throughout dozens of countries. Other plagues, such as poverty and various other injustices persist and would be too numerous to list.

I think people see us as a flawed giant, but recognize that we cannot be blamed for everything. Many see the work we do in delivering aid to those in need, working for peace and security where we think we can have an impact, and risking our lives to confront those who perpetrate evil and destruction. In seeing some of the pollution different parts of this world contribute and endure, it is difficult to imagine those people wagging their fingers at us any time soon. In short, as an American who has stepped out of his world to live within and among many other communities, we might just be being a little hard on ourselves.

Despite our many flaws, we have made it to our 240th birthday, and we are still here; people still look to us for influence. That certainly could change, but I think it is important to consider one thing - we are still capable of having an impact on the world and on our futures. In the 1960s, before we walked on the moon, the conditions were already set in motion that there was an African-American child who could aspire to and eventually win the Presidency of the United States of America. I like to think of this not to pretend some end of racism, but to consider what future is already possible for someone today when prospects seem incontrovertibly dim in the now. In the words of my dad, "look ahead!" Who knows what power we may have today to affect the reality of the future? I think that is still one of our greatest strengths, and others around the world can see it too.

Enjoy your burgers and fireworks. I'll probably have a pizza.
Posted by Mark at 6:49 AM