I Can't Not Stand - A Former Coach's Perspective 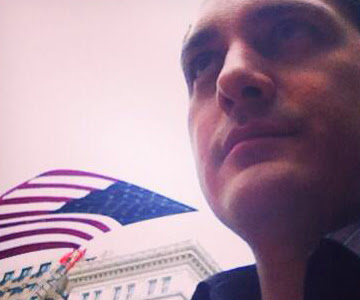 I had inherited the habit of standing for the entire match from previous coaches of mine, although the trend at the time became that the soccer coach sits on the bench with the rest of the team. Discouraged and upset at our inability to play as I thought we were able one day, I took a seat on the bench to cool off. Coaches are quite cognizant that a myriad of actions, inactions, words, references, even intonations are crucial to conveying a message. I knew that just by sitting down, I was signaling my displeasure and frustration, but I only knew the half of it. Following our loss, my players walked off the field with sour looks on their faces. To my surprise, they were not as upset at their performance as they were with me.

"You gave up on us; you sat down. You always stand," one of my players responded.

Dedicated as I was to my group of high school girls and our team's mission, that was a crushing statement. However, it was true and had a wisdom that I always remembered.

A simplistic, nevertheless accurate, way to look at America is that we are a team - a people bound together by circumstances, a common home territory, and necessity. Like all teams, we have our adversities - selfishness, ego, miscommunication, living up to past successes, and losing sight of the common goal or thread that binds us together. One element designed to keep us focused on the unity that is necessary for any team is our flag. Some view it as a piece of cloth, others see it as a tremendous reminder of what we can be or what we have accomplished, still others see oppression and fault.

What does it say when we decide not to stand and show respect for the one banner of our team?

America is not a monarchy. It is neither a dictatorship, nor an aristocracy. We are a democratic republic, and as such, we are a team of people responsible for our own success or failure. The flag does not represent some ruling elite that we can step back, take a knee, and defy in the name of protest. The flag is us and everything we learned in grade school that can be so right in an imperfect world of self-government. Our team fails often at many things - sometimes at events of great consequence. It may seem that kneeling for the national anthem is actually taking a stand against injustice, but what the rest of us see is that you are giving up on the idea of America. And any coach will tell you you cannot improve an ailing team by dividing it further.

Confrontation, however, is imperative. Except confrontation must be approached within the context of constructively working toward the common goal. I realize that polite discussion seldom solves deeply rooted problems. Oftentimes people need to be shocked into change, but disrespect always puts your adversary (or teammate) on the defensive and is unproductive. You may think that sitting out the national anthem is an effective manner of protest and showing solidarity with victims of injustice in this age of hashtag activism, but true meaningful protest is about engagement, rather than disengagement; sacrifice for a goal, not following trends; intellectual thought, not forwarding memes on social media; patient honesty, not jumping to conclusions; love, not hatred. I know it's hard to do all of this when people are getting killed, but protest is meant to be hard. I'm not saying don't act - act, we all must - but there are other ways to do it that don't signal you've given up on the team.

Raising awareness is only the first step. Too often in our culture today it is seen as an accomplishment, but true accomplishment occurs with a game plan, dedication, and hard work. Most sane Americans want to live in peace and harmony - free from fear and senseless violence. What's the game plan with taking a knee? Doing something is not the same as doing something productive.

Lastly, I will say that, yes, we are divided. For some reason, being out of the country for a year helps you see that even clearer. Not to neglect the reality of our problems, but we do seem rather unenraged by atrocities committed against black and other hued lives outside of our borders. Former Lakers coach Pat Riley may have included that in what he termed, "The Disease of Me." A team divided against itself cannot survive. We seem to constantly find ways to divide ourselves, and it is increasingly troubling. We can fix that, but we have to stand together.
Posted by Mark at 12:05 PM

Frequently utilized in industrial manufacturing, they rely on G-code programs and shape the tip prototype by transferring throughout the X, Y, and Z axes. (We’ll go over this in additional detail shortly.) A router or spindle will then flip the slicing implement and reduce the fabric. CNC CNC machining machining is frequent in projects that require a excessive stage of precision and repetition. The course of can accommodate 3D shapes that—in many cases—are too complex to create by way of conventional machining.