Dance in Peace - In Memory of Nita Lehrack 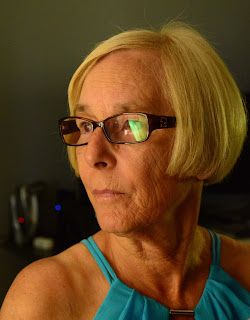 Not everyone gets a live-in godmother. For most, I imagine godparents are useful for a ceremony or are honorary title holders. Mine resided just across the hall for much of my early life. If you knew her at all, you know she always had an opinion - not one on one thing, but an opinion about everything. She was an athlete, a videographer, a storyteller... an entertainer. She took the role of deejay at a simple church St. Patrick's Day party and made herself an annual multi-act producer of lip sync concerts. She entertained our ideas and came up with grander versions, such as when I ran for my first student council office in grade school - she recommended I appeal to my voters in the oratory style of Martin Luther King, Jr. She indulged her grandchildren in what they enjoyed much in the same vigor as she shared music, dancing, basketball, and video-making with her children and me. I even did my first karaoke with her.

These are all now fond memories.

She was also a great giver of gifts; yes, astute at recognizing and attaining thoughtful things to put in boxes on special occasions, but to me, at least, she was able to bestow some others quite monumental. She was my mom's best friend for more than my whole life - a companionship that bonded two families and gave wind to each other's wings. And as my godmother, she gave me the lens to discover the tenet of forgiveness - a complicated process that recognizes both failure and dignity in some inner and outward quest for peace.

It's a quieter place now without you here, Nita, but perhaps that is the sound of you having found your own peace in which to rest... or more probably - in which to dance with angels.


Nita Lehrack
Called into Peace - August 21st, 2018
Remembered Well by Those Whom Her Spirit Touched 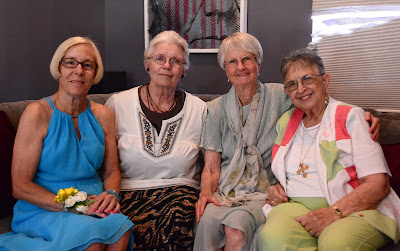