The Capitol Riot and Inhumanity Boiling Over 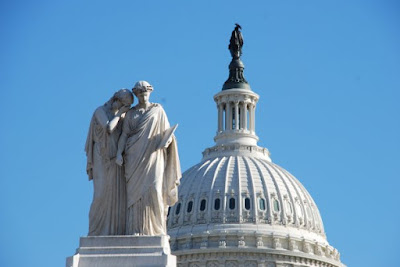 There have been a number of things over time that I have felt go without saying.

However, violence and chaos in protest have no place in a civil society. Though perhaps we have not been so civil for some time. For a good part of last year, violence and chaos in protest were normalized by many on social media, on television, and from our leaders. I support my fellow Americans' right to assemble and protest - whether or not I support your cause - but I think we have all seen that when we lose control and resort to destruction, America loses. Indeed lives and livelihoods are lost as well. This cannot continue.

In two weeks, we will have a new president, but that will not change how we have chosen to divide this country. First, we need to be honest and mindful and have fidelity to what makes us a people - neither color, nor party, nor religion, nor historical ethnicity. We don't have to always agree, but we do have to agree to disagree peacefully. Even if you believe your brother has strayed, you must always consider his humanity. Unfortunately, social media is prone to allowing us to treat one another with disdain, ridicule, and even inhumanity. That is either bleeding over into real human interaction or it is our nature which we have been trained to restrain in polite society. Either way, our country and our world depend on us being better.