All I Want for Christmas is You(r money)! 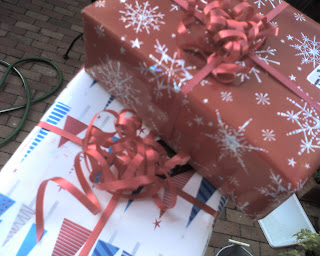 When you live in DC long enough, you can sniff out the crackheads. My friend Phil and I counted about eight one day in our encounters. I was up quite early this morning to get a start on my Christmas day. Last night was great; mass at Saint Patrick's, dinner at the Blueduck Tavern, then joined some old friends for a pretty early night. As I walked out to the Metro this morning in Northwest DC, all was quiet. Then a seemingly distraught woman waddled up to me, just her keys and work badge in hand. Now if a person looks legit, I'll hear them out. She claimed she just had a fight with her boyfriend and needed cab fare to her mother's house. Cab fare?! And I'm walking to the train to go to Virginia... A few questions were in order, because usually you can get a crackhead to crumble. Anyway, she refused my good-natured Christmas offer for a paid trip on the Metro because she had an injured leg and supposedly couldn't walk two blocks to the station. Crackhead confirmed... gotta go. Plus why would she think that because she was "a DC city employee" that I wouldn't think she was a bum? She probably voted for Marion Barry.

I'm going to make some coffee, open some presents, and we'll see if we can put a little "Christ" back in X-mas. Merry Christmas! 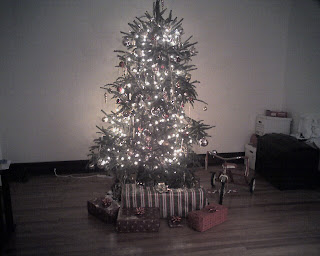