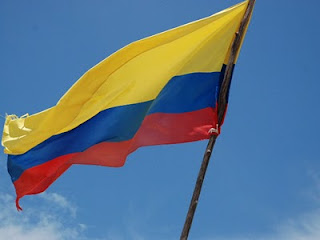 Someone told me I was going to die if I went to Colombia. Odds are I will at some point, but Colombia didn't do it. Even Colombians asked me, "what made you want to come to Colombia?" They don't ask that in Hawaii, or New York, or Italy. I think my desire to give that place a chance was the main reason I was so well received. Imagine someone telling you they think you are so much better than everyone thinks that they'd bet their life on it. From the hotel service to the food service to the taxi drivers, I had the distinct feeling that I was welcome in this country. Strangers took me in as friends, and that I can say was truly overwhelming. If you see Colombia in a movie, it probably has something to do with cocaine or violence... or both. What you won't see are the beautiful beaches, the vibrant culinary spirit, the modern festive nightlife, the magestic green mountains, or the inquisitive friends who don't want you to leave. You won't see it... unless you go there. Colombia is colorful, rich in culture, and in my opinion a much under-appreciated gem at the gateway to an awe-inspiring continent. But you probably won't see it. 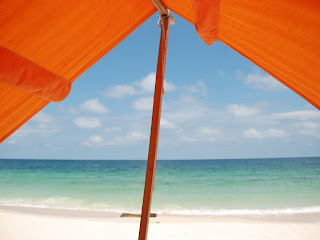 I was asked today what was the best part of my trip. Without hesitation, my answer was the discussions I had with my new friends. I saw some beautiful treasures, saw some fantastic sunsets, ate some delicious creations, and danced a lot of dances. However, I spent some time with some great Americans - South Americans. We bridged a gap in some small way that is difficult to accomplish without travel. I went blindly into a strange land, and I found old friends I had never met. It was the people who made me feel safe, and these are a people who are passionate about becoming better - not just than anyone or someone else, but better than who they are thought to be. The time spent with the good people on my third South American expedition was not only enlightening, but inspiring.

One of the most fearful parts of any foreign trip is the arrival gate. You are basically fresh meat for pickpocketers, kidnappers, down-on-their-luck transvestite hookers, crooked money changers, corrupt cops, and young jihaddists. At least that's what crosses my mind between customs and finding my ride to somewhere safe. But, take that return trip to the airport two weeks later and... like my niece Alexandra told me about using the toilet: "It's not scary." So the message from this trip, seems to me, is about fear. Fear of danger, fear of the unknown, fear of failure, fear of intentions of the too-friendly-to-be-on-the-up-and-up gay Italian restaurateur are not only things we encounter in international travel, but things many of us encounter every day. Fear was installed in us to keep us alive, however fear can also keep us from living. Fear can make us hard, it can make us enemies, and it can make us weak. How many things don't we do because we are afraid? How many lives don't we touch? How many mysteries remain mysteries? The future belongs to those who refuse to be afraid and who vigorously seek out truth. Fear will prevail if you let it, but just think of what all you'd miss! 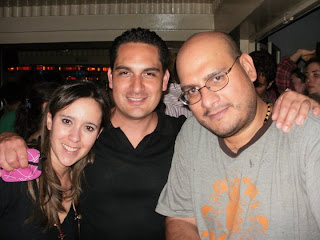