For whatever reason, the only DVD I brought with me across the country was Rocky Balboa - yeah, the last one. So, I watched it... that's right. One thing that struck me was his advice to his son, "It's not how hard you can hit, it's how hard you can get hit and get back up." You see, I grew up with Rocky. The first one I saw was III (Mr. T and Hulk Hogan), and I counted the days until IV came out and I could go see him defend the US against the Soviet Union. Then I caught up on the first two of the then quadrilogy. I skipped #5 altogether, because it just seemed like it would be lame.

Nelson Mandela died today. Forgive the two being written about in the same thought process. I was actually thinking about writing about the triumph of the human spirit. We here in the United States think about this as a very American trait - coming up from adversity and triumphing against all who try to keep you down. However, in my travels I have seen this in places like Haiti, Colombia, Peru, and others. Stories of courage and resolute will can be found all over the planet. I will not pretend to competently pay homage to Mr. Mandela in a simple blog entry nor try to do justice to his plight and success.

What I would like to attest to is something of which I am quite certain. I know people at this very minute who are gambling with running their own businesses, fighting cancer, grieving a lost loved one, broken-hearted, raising their first child, dealing with the side effects of war, battling addiction, and probably more. We are all hard-wired with the capacity to persevere and to achieve. We are all blessed with the opportunity for love and the ideal of peace. The human spirit is an amazing, powerful, and necessary asset. It is what tells us that whatever dark oppressive cell imprisons us or whatever failure has thrown our world into chaos, "you can." The human spirit is more than just hope; it is the soul's inspiration to persist and overcome. It is the innate capability for survival in the worst circumstances.

If you listen to the talkers, you'll hear discussions of capitalism versus socialism, liberalism verses conservatism, and all sorts of -isms fighting to take the spotlight and make their case for why the other side is a failure - why the competing ideology creates poverty, injustice, war, and hatred. -Isms need that divide to retain membership. There is a great deal of blame that goes around to make enemies of certain systems. While I certainly have strong opinions about what systems I believe work better than others, I contend that - at least in my country, but probably elsewhere - what is broken is not necessarily the system (there are no stupid computers, just stupid people), but the people in the system. In short, we don't have enough Rocky Balboas and Nelson Mandelas. We have the capacity for peace, justice, prosperity, love, and all those good things that we say we want. We just let the selfish, the evil, and the separatists get in the way of our success. So on this sad day when we try to do justice to the memory of a great man who fought to win peace, I would say we should first just try to be better people to each other. Next, follow the example of a man who made his way out of darkness, and actually prove that his life was an inspiration rather than just time served.

Rest in peace, sir. I believe you've earned it. So too should we. 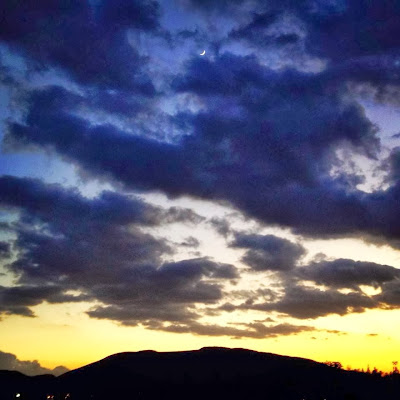