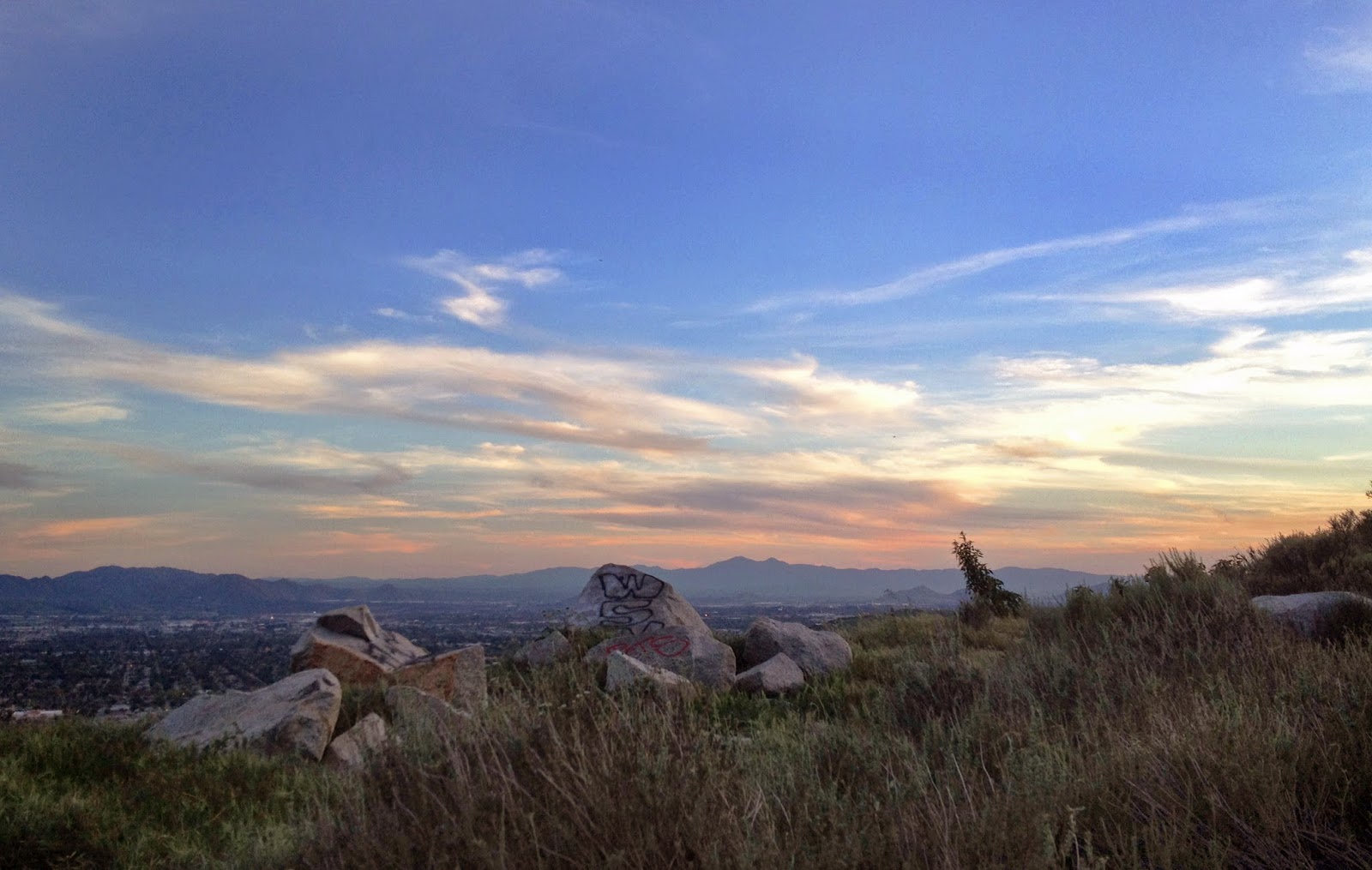 Many things come to the minds of those in faraway places who learn that I am from California. Probably very few of those things are correct about San Bernardino. Nobody surfs. We don't talk like Spicoli. Our city is bankrupt, and a fair amount of its roughly 200,000 residents would claim to be "broke." Several years ago I was surprised to learn there was an actual term used disparagingly in reference to my people and those in neighboring cities of the "Inland Empire" - "909ers." I heard it on a television program and thought, "Really, they call us by our area code?" It's true - Orange County folk, LA... they are embarrassed to share the state with us. In fact, most people who can, do flee San Bernardino eventually.

However, just because I'm leaving, I have no interest in further compounding the list of ills of my city to join the degradation. One could even look at it as a failure - not being the part of a solution. There is crime, there's smog, there's poverty, and there's blight, yet I will still always have a fond recollection of my first 21 years of life (and then some) in this much maligned dysfunctional institution of a city. I could list the ordinary and extraordinary people who taught me, trained me, coached me, prayed with me, counseled me, and befriended me in this place, but it would be far too extensive and not very flashy. The truth is we took on race relations decades ago, and many of us learned how to live together. Nobody cares what religion you are or into what family you were born. We are all proud Californians, but our identities have little to do with Hollywood or a surfboard. We are uniquely proud that we are nestled in a valley with fantastic sunsets, year-round shorts weather, and short drives away from mountains, beaches, the desert, Las Vegas, Palm Springs, Mexico, and several major airports and sporting events... and we have plenty of great Mexican food. Growing up in San Bernardino teaches that you are blessed, but certainly not entitled; you can be proud, without being arrogant; you have to be strong, but you will never be indestructible; you can aspire, and you can escape if you wish.

I imagine many of the same claims could be made for a lot of hometowns. We should all be so fortunate to have such a nest out of which to be kicked... even if we do our own kicking.
Posted by Mark at 4:00 PM

This is one of my favorite blog posts of any blog ever, and I find myself coming back to read it again and again.