Why You're Still Single 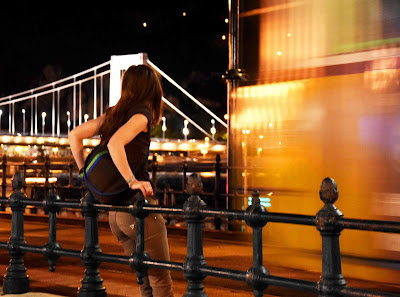 DISCLAIMER: This is not directed at any specific person, although I was asked (perhaps in jest) to figure this out for a friend, and that suggestion - not her or any other one person's actions - inspired the research.

Truth be told, the answer could be a number of things. Perhaps you are shy or don't trust people. Maybe you don't exude confidence or are slow to show affection. Or, of course, you could just be a terrible, dishonest person, but then, even our US candidates for president have a Mr. and a Mrs. (respectively, I assume). However, as a result of years of travel and research, I am going to offer a new reason specific to the 21st Century, and you might not like it.

I went out last night to a venue known for its live music. Live music is great, whether it's my buddy Rich's rock band, the symphony orchestra, a Broadway play, my church's choir, or the local Filipina star belting out some Alanis Morissette covers. I think if you ask a musician, they would tell you they enjoy the opportunity of having that human connection, and so do I as an audience member. In theory, people go to a bar or a club like this for this ambience, as well as the companionship of others with similar interests. What I noticed will not surprise you, and I think that is an issue too, and that was how absolutely tethered nearly all of the crowd (not sure I can use "audience" at this point) were to their cell phones throughout most of the performances.

I know I sound like an old man, but really, this is very concerning, and often I am guilty too. Except, on this occasion, I was not expecting any calls, so I left my phone at the hotel. Perhaps that is why I was so attuned to this phenomenon. You can see this going on everywhere, but what made it such a stark reality for me was that they weren't just on the bus, sitting in a doctor's office, or just killing time. They were neglecting one of the best things we have in this universe, which is the experience of human interaction. One of the only certainties of life is right now. To sacrifice these moments in connectivity to a virtual world on a regular basis is very sad, and now has become a very bad habit. I would also say that we are rewiring our brains to dismiss authentic reality. (This might even explain the American election and a great deal other dumbfounding events.) Authentic reality is life. No, really.

Now, you may counter that everyone has a cell phone, even couples; what does this have to do with single life? Plus, many people get together and have technological connectivity to thank for it. Singlehood didn't start during the Clinton Administration (draw your own tangents). All true, yes; this is a theory I would have a hard time proving. However, for the single people, I will only suggest that one reason you are alone may be because you don't always appreciate what you have in front of you - the one who chose to be there. Or it may be because your soulmate doesn't.

One thing I have learned from this trip about the world is that appreciation is one of the keys to life: It can inspire strangers to build your neighbors a home. It can get musicians to perform marvelous encores. It can get people to cook for you. It can allow you the honor to speak to a foreign congregation. Imagine if you truly appreciated the people within arm's length or earshot and respected the moment.

A study was done which showed interesting results in closeness and connectedness when people were tasked with sitting with a partner and staring into their eyes for an abnormally long amount of time. These people benefited from an intense and authentic human connection. What if any relationship could be strengthened or won by gaining an appreciation for authentic reality? Look up from the screen, and you might discover the love of your life.

Email ThisBlogThis!Share to TwitterShare to FacebookShare to Pinterest
Labels: authentic reality, cell phones, dating, singlehood, Why am I single