Let me get this straight - I leave America with the fond memory of Underbelly ramen still fresh in my mind, and my first meal in the sky above Asia is a just-add-water knock-off of one of my new favorite meals? I have to admit, though, after what passes for in-flight meals on domestic US flights, that Korean kup-o-noodle is pretty much luxurious. Call me crazy. Speaking of hospitality in the air, has anyone noticed the inverse propensity to achieve friendly service on a plane relative to the age of the flight attendants? Are these older ones just kind of over it? I mean, if I had to spend 10 hours with some of my past tables with nowhere to hide, I'd be pretty bitter too. Well, at least they get free flights.

Alright, the million dollar question was, "What would you do with a 13-hour layover in Seoul?" (Apparently, it's "Korea" rather than "South Korea," but I never got the memo.) I tried asking around for the bus to Pyongyang, but everyone just gave me odd looks. Well, I arrived at Incheon International Airport (more on them later) at 7:00 pm and my next flight wasn't until 8:00 am. If we recall the Miami layover, I just rented a car and slept in it, which worked out quite well. However, different circumstances require different measures, and I opted for the hotel and two train rides. I had a grand Gangnam-Style plan to take over (not literally) Seoul and enjoy from dusk 'til dawn (minus vampire strippers), which was literally all I had there. However, midnight in Seoul is 5 am yesterday in Maui. I barely left the hotel, which is to say I walked a block to get some fried chicken. I was dead-tired and too worried about getting an hour and a half to the airport by 6 am, when trains don't start running until 5:30. I asked all the Asians there I could to figure out that math problem, and even they couldn't solve it with any great probability of success. Long story short - I put it in God's hands. It turns out He put in a good word for me with the fine people at Incheon Int'l, and they fast-tracked me through ticketing and security (and the thousands of other travelers there that day who left on time to get to the airport), and I made it to my gate with time to spare! Thank you ICN; I'm glad I chose you over Pyongyang. In conclusion, the answer to my all important question was: fried chicken and a mediocre pilsner - that's what you do with a 13-hour layover in Seoul.

Still wonder why I travel alone? 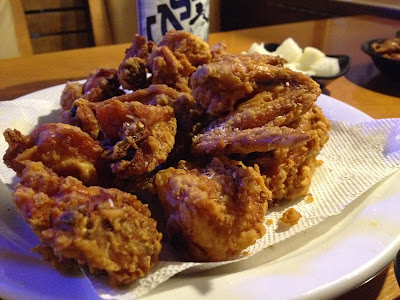