Pisco Puro - After the Earthquake 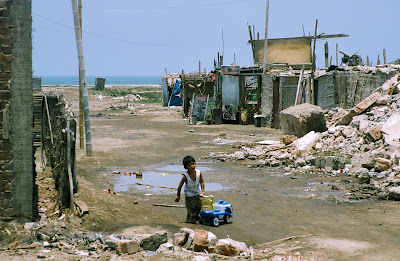 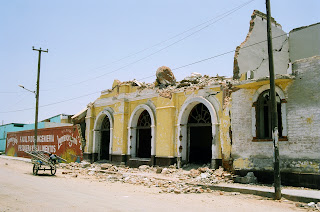 I cannot say with any real experience what an actual war zone looks like. I cannot know the devastation involved with losing a home in mere minutes. I will never completely know how the lives of the people of Pisco, Peru were forever changed by an earthquake that struck three months ago. Many people are awestruck with events from the news, and it is in our human nature to feel empathy. As time passes, new events take place, and the old events are soon forgotten. We like to think that people eventually do get their lives back, and surely happy endings follow even in our minds' absence. Perhaps that is a forced illusion. There 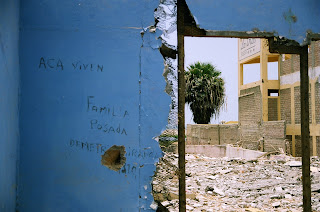 are however certain observations I can make from my visit to Pisco with certainty.
Pisco, today, looks like a scene from a war movie. Homes of brick and mud have been bombarded by mother nature; rubble is everywhere - streets through entire blocks are unsuitable for travel. Dust of what used to be still fills the air and unstable structures are all around. A significant part of this town has been destroyed... and remains that way today. 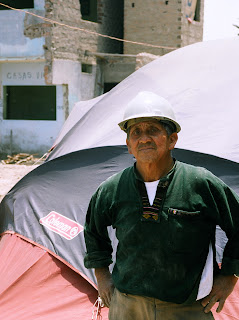 We worked with a man, roughly eighty years old. Usually, we do not discover the names of the people for whom we labor. We come, we move rocks and bricks, we take down broken walls, and we move on to the next job. This man was Juan Mayori. He had been living in his home for thirty years, and in three minutes it was gone. Yet he put on a smile - and his gloves and hat - and helped us labor away. He seemed to have a jovial attitude and was happy to have us there, but afterwards a photo reveals the suffering he endures for a life forever changed. He, like thousands of others, will sleep in a tent tonight provided by the UN on the plot of land he used to know as home.
I got the feeling from walking the town one day, taking a visual survey to attempt a grasp of the situation in Pisco, that although my time there (and that of my team) was temporary, this 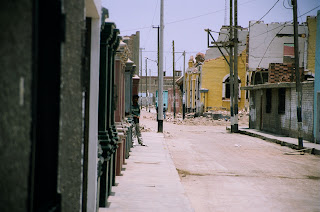 situation of loss, uncertainty, and poverty would persist long into the future. Huge piles of bricks and debris lined the streets. Structures were uninhabitable and, in some cases, waiting to fall. Children were urinating in the streets in plain sight, because they had nowhere else to go. A beach side plaza, I imagined once a tourist draw and picturesque place for a stroll or to steal a kiss, was decimated and reduced to an eyesore of broken stone. Filthy unkept dogs roamed the streets as if they were taking over, and there was nothing the humans could do about it. A fantastic beach of silver sand, warm sun, and a cool breeze was eerily empty. Military men and women patrolled the streets in camouflaged fatigues with machine guns to enforce some sort of tranquil order. Remnants of books, toys, and undergarments were strewn about the rocks and dirt that used to shelter them. 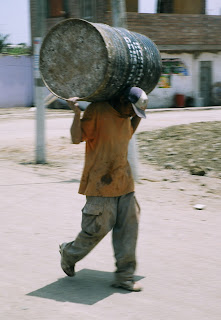 One positive thing I did observe in this huge mess was hope. The people of Pisco, though weathered, had not lost their smiles. Many not only posed for photos, but asked for their photos to be taken. Where once stood a large church at the Plaza de Armas was a large tent set up for Sunday service; and Sunday there was standing room only for a homily about faith and hope in the face of such destruction. The central marketplace was fully functioning and buzzing with a bounty of fresh produce as well as imported goods to be sold. The poorer parts of town had set up 'ollas comunales', or community pots, so they could pool their resources and feed each other. Children were back in school, many with new donated backpacks and clean uniforms. Shops were open for business, even if only little temporary light wooden shacks. The government provided large trucks to go through town to fill barrels and buckets with fresh water. Locals, in thanks, brought my fellow volunteers and me Coca Cola and crackers with jam in the middle of our arduous workday. Most heartening though, were the smiles and hellos and horns honking at us as we wearily strolled back to base through the streets after a hard day's labor. I dared think they were impressed that strangers from several continents cared to come to their small part of the world to give them a chance at a new life. 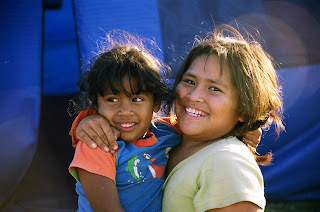 Pisco is down, but not out. They seem to derive strength, peace, and happiness from each other, from hope, from faith, and from young white people in gray t-shirts pushing wheel barrels through the streets speaking in the language of the movies. They survive. It will be a long time before this city is rebuilt, but I have seen on the faces of many that, although bricks may have shaken and crumbled, there is a much greater foundation than the forced illusion of a happy ending. I hope their smiles outlast our empathy, and their faith shows them the way to a reconstructed future stronger than any 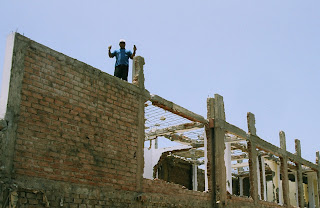 earthquake. These people of Pisco do face a battle, though not of bullets, bombs, or ideologies. In any battle there is the essential struggle not only to survive, but to overcome. Fortunately, as I learned at a free concert in the plaza one night, even the youngest among the citzens of this place know the words, "si, se puede!" Yes, it can be done. 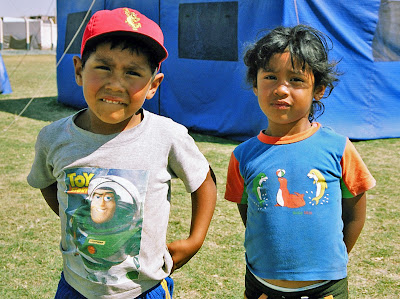