Back to Barcelona... Again

I almost titled this entry "Missed Connections" and wrote personifying a fleeting and innocent encounter with a British plane that left us both with a sense of melancholy. Alas, she waited for me; we spent the night together and celebrated my birthday with cheap sparkling wine as midnight struck over Newfoundland. Then I closed my eyes until my morning sun danced over the clouds that hung like heaven over Ireland below. We parted in the morning without words, and I dashed to another.

Ahh, Barcelona! We meet again! It has been twelve years, but my little stint there at the Jaleo has educated me properly for this newest encounter. With just two days, I managed to see very little of the sights outside of La Rambla, but ate some wonderful comida. Tapas at Pinotxo in La Boquería were amazing; I had butifarra, pimientos del padrón, and croquetes de jamón. I also paid a visit to Chef Quim Marqués' Suquet de L'Almirall in the Barceloneta. Marqués is a master with rice and seafood, and I had worked with him on his visit to Washington in celebration of the annual Paella Festival a few years ago. I ate the delightful Arroz de la Barca, which was soupy and dark with cuttlefish, clams, shrimp, and mussels. Also quite good were DO. in Plaça Reial and a lucky Gracia neighborhood find - D.O (I just realized they almost have the same name). The latter had my favorite dish of the trip so far, which was a seared goat cheese "Formatge de cabra a la planxa amb puré de pinya". Yeah. In between stuffing my face with Catalan delights, I managed to take many photos, some in the rain, but the only ones I can upload for now are taken with my phone. Thank you, wifi.

Here is a quick shout-out to someone I met who is on an artistic journey from California. Her project is described here: www.kelealanicreative.wordpress.com 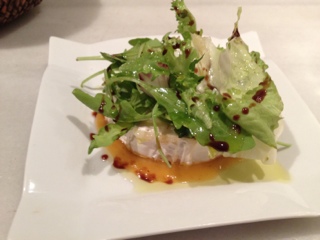 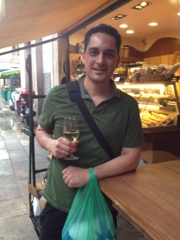 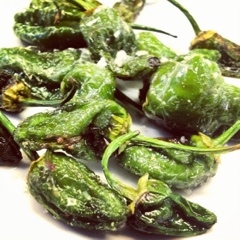 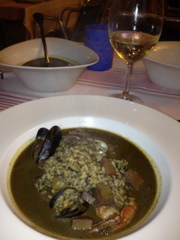