I was so pleased to arrive in Thessaloniki to celebrate the finale of Birthmonth 2012 with one last something new - Country #20! I feel like I should have so much more than 20, however those pesky little countries like Mexico, Peru, Italy, and Spain kept pulling me back like a tractor beam. Well, sometimes you have to use Harrison Ford's definition of "the force", and just "force yourself." So, I got on ANOTHER airplane and went to a NEW country... Hello, Greece! Someone must have told them I was coming, because my first evening's walk landed me in Aristotelous Square where they had a symphony already set up for me outside, under the stars, with the sea as the backdrop! Not too shabby. Check out this line-up: Mozart, Rossini, Offenbach, Bach, Strauss, Pachelbel, Stravinsky, Vivaldi, and more. For the finale, they played a Star Wars medley! What a welcome! 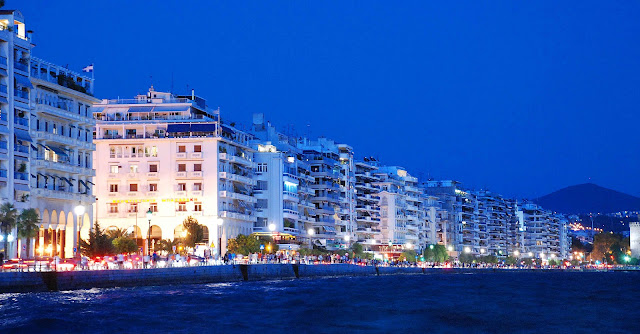 Thessaloniki is in the far north, in the Macedonia region, not to be confused with the Former Yugoslavian Republic of Macedonia, which is just to the north. As I mentioned, we are on the coast, and the weather has been perfect. They keep claiming that the temperature is in the 20s, but I think their thermometers must have frozen in the wintertime or something. The people are quite friendly, which is something I'm told will change once I get to Athens. I believe my stomach is still on DC time, so I've mostly been eating at nighttime. I had the pleasure last night of dining with the Kapnos research team, and it was quite an experience. Speaking of food, I have to get back out there... So good! 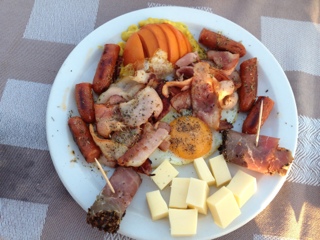 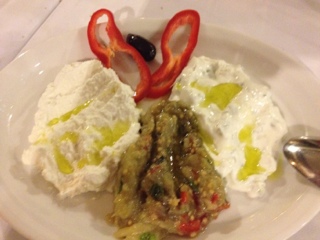 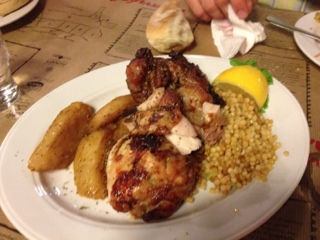